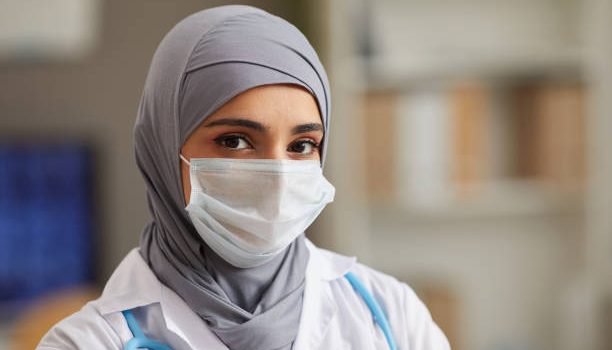 On the Go? Access the PDF paper here >>> Care-for-Muslims-in-Healthcare-Final-PaperDownload

Islam is a religion present in almost every country throughout the world. It is viewed by Muslims as a complete code of life, in that it offers instructions and/or guidelines across all aspects of daily life and interaction. These requirements and obligations span such areas as dress code, diet, interpersonal interaction, last rites and bereavement, amongst others.

Because of this characteristic of Islam as a complete way of life – the adherence and practices of which manifests in slightly different ways by different cultures globally – this paper outlines the parameters that need to be considered in managing Muslims within the Healthcare sector – for Muslim patients and staff, as applicable.

This paper is not meant to impose regulations onto the sector, but rather is meant to inform those finding themselves in charge of care for Muslim patients and staff, and to this end explain the various requirements and concessions that may apply. This resource is especially geared to those who wish to proactively understand and prepare for the diverse cultural nuances which may manifest in dealing with Muslims within the sector. It is also meant to edify the Muslim community itself, who may be or become patients of the healthcare sector.

From an Islamic viewpoint, 2 core principles feature in any conversation on Muslims in healthcare, especially as patients. These may or may not be well understood by Muslims themselves, and therefore is useful to help effectively provide care and treatment.

As it relates to diet, Muslims are required to observe the following:

MajlisTT notes that food is provided to warded patients at the hospital. The food is typically prepared and served in the ways prescribed by doctor and/or dietician. Based on the references above, MajlisTT notes also that where there are suitable options available that do not contain pork or alcohol -related ingredients, then these should be given to Muslim patients.

Muslims are required to dress in such a way as to preserve and safeguard their modesty:

“Say to the believing men that they should lower their gaze and guard their modesty: that will make for greater purity for them: and God is well acquainted With all that they do.” (Quran 24:30)

And say to the believing women That they should lower Their gaze and guard Their modesty ; that they Should not display their Beauty and ornaments except What (must ordinarily) appear Thereof ; that they should Draw their veils over Their bosoms and not display Their beauty except To their husbands, their fathers, Their husbands’ fathers, their sons, Their husbands’ sons, Their brothers or their brothers’ sons, Or their sisters’ sons, Or their women, or the slaves Whom their right hands Possess, or male servants Free of physical needs, Or small children who Have no sense of the shame of sex ; and that they should not strike their feet in order to draw attention To their hidden ornaments. And O ye Believers! Turn ye all together Towards God, that ye May attain Bliss.” (Quran 24:31)

From these the MajlisTT advises that Muslim patients’ and staff wear should not be revealing, having persons expose their bodies, or be placed in situations where the modesty of a person is compromised – i.e. their Awrah. Some patients may choose to cover their faces as well, and this is at their prerogative. This has been defined in Islam as:

“The Awrah for a woman is her full body including her descending hair according to the correct opinion, except for the face, hand and feet”. (Durr al-Mukhtar)

The nakedness of a man is from below his navel up to (and including) the knee, because of the hadith:
On the authority of ‘Ata’ ibn Yasaar, on the authority of Abu Ayyub, who said: “I heard the Messenger of Allah (may Allah bless him and grant him peace) say, ‘That which is above the knees is [part] of nakedness, and that which is below the navel is [part] of nakedness.’ [Narrated by: Daraqutni]

Preserving a person’s Awrah can ease some of the complications which can arise from non-mahram visitors to the ward or patient. (Mahram refers to those persons to whom marriage is forbidden, such as one’s brother, father or mother, etc.)

Where the dress code interferes with medical treatment or care, it is at the discretion of the doctor.

Washroom facilities should be accommodating to safeguard modesty and hygiene. In particular, cleanliness should be preserved to avoid contamination of clothing, especially for purposes of prayer (salaat), which must be done in clean attire.

Pardah or ‘veil’ is the practice that involves the seclusion of women from public observation, through concealing clothing, or by the use of enclosures including privacy screens, walls or curtains. In a broader sense, the free intermingling of unrelated persons of the opposite sex is discouraged in Islam, and for staff/patient care these include physical contact, seeing the Awrah or ‘nakedness’, and seclusion, unnecessarily.

Depending on the availability of staff, this is not a mandatory requirement, and can be suspended as circumstances demand. Where the pardah cannot be enforced, there should be, where possible, a third-party present.

Muslims are instructed in Islam to perform prayer or worship (salaat) at 5 specific times during the course of the day and night.

When the time for salaat comes, every effort should be made by Muslims to perform the salaat, and persons should make the best use of all available facilities, even if it entails using a prayer mat or chair alongside the bed.

Healthcare or any other facilities that wish to accommodate these requirements can have a prayer room available for Muslim visitors and patients who are able to use the facilities, as proves possible.

Visiting the sick: It may prove useful to know that it is recommended in Islam that Muslims visit the sick, and pray alongside them, or for them, while on the visit.

MajlisTT notes that in Islam, it is believed that the time of death is fixed. (Quran 7:34)

Relative to medical advice received, if there is any hope that keeping life support on might save a person’s life, it should be kept on.

Once the person is unable to survive on their own without life support and they have no hope of recovery, based on medical advice received, one is permitted to make the decision to switch off life support.

There is no accommodation in Islam for inducing death, or assisted suicide. This is even in cases where such actions would contribute to reducing pain or suffering.

There is an acceptable manner of grieving in Islam, and persons should not behave in a frantic or hysterical manner. Persons should not grieve for more than 3 days. The grieving period (Iddah) for widows is a period of 4 months and 10 days (Quran 2:234).

While in the throes of death, persons should be encouraged (but not forced) to read the shahada, or alternatively it should be read loudly near to the person.

In dealing with bodies, it is common practice that when the person has died, their eyes should be closed, the hands should be placed on the side, both feet should be placed together (typically the feet or big toes are tied together), and a cloth is used to hold the jaw in place and keep the mouth closed (but not tightly). The body should be covered. These are not stipulated in Islamic Law, but these practices aid in the preparation of the body for burial.

According to Islamic beliefs, after death the body continues to feel, so there are some recommendations on handling the body. The method of conducting the last rites (Ghusl, shrouding, Salaatul Janaazah and burial) is specified in Islam.

If ordered by the state or is mandatory, then we don’t have a choice, and autopsies can be performed. Also, if it is suspected that the person’s death warrants further investigation, autopsies can be rendered permissible. For example, if there is the suspicion of murder, a person was bearing contagious disease or otherwise the body is required to be tested, these are all valid reasons). Otherwise, autopsies should be avoided.

Presently, organ donation is allowed in situations where it saves lives (according to latter scholars). There are conditions for donation of organs (such as, and in particular, it must not pose a threat to donor’s life; it must be of benefit for the receiver’s life; donation means there is no cost attached to it).

Islamic Shariah stipulates that the body of a Muslim should be buried. Cremation is prohibited. (Quran 80:21)